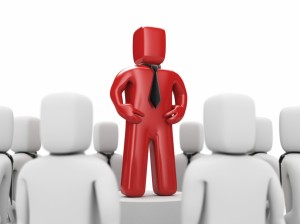 Before I jump in and try and understand how Joshua built and managed the vast groups and teams entrusted to him I have to comment on his calling and direction from the Lord. Chapter one of Joshua outlines the commissioning of Joshua. After the death of Moses the Lord speaks directly to Joshua giving him instructions to move forward and take the people into the land that was promised to them. Joshua had a huge task before him and He knew that the Lord was with him just as he promised to Moses before him.

As Joshua assumes command over the entire nation of people he depends on the partnership of the officers and leaders and to help communicate the instructions handed down from the Lord for their journey ahead. Fitting into the shoes of one of the greatest leaders before him, Joshua had to be strong and courageous, a command given to him over and over at the start of his journey. As a leader it would have been music to his ears to hear the people respond as they did in verse seventeen of chapter one “All that you have commanded us we will do, and wherever you send us we will go.

Joshua does not magically appear out of nowhere to become the new leader, he has apprenticed alongside Moses first quietly behind the scenes then becoming a commander of the army and his right hand man. Joshua had earned the respect of the people and I think that was one of the key factors in his success as a leader, aside for his own trust in the Lord. As I learn more about how God has been working in my life I see how he has been doing the same work in my life as he did in Joshua’s. As I continue to grow into leadership apprenticing with a strong leader and man of God it is my hope and prayer that I can gain the trust and respect that will help lead the way to building the Kingdom of God as God has called me to.