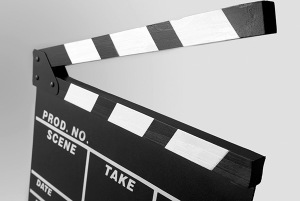 In filmmaking, there are many different ‘takes” that typically make up a scene. Actors do their best to avoid making mistakes until the scene is complete and to the satisfaction of the director. One of the things I really enjoy about some filmmakers is how they include some of the out-takes at the end of the movie. Often, these raw clips make me laugh more than the movie itself did. The out-takes are what make the actors seem real, they reveal their authentic character which shows us that we all make mistakes.

1 and 2 Kings remind me of this concept of “takes”. Throughout these two books we have 42 different takes on the role the kings plays in the life of Israel. Each of these Kings set out with a vision as they took on the responsibility of leading the people. The events in the two books of kings happen over approximately 384 years. During this time we read about two characteristics that in part help define the landscape of the vision held by these leaders. Scripture tells us these two things, “He did Evil in the eyes of the Lord” and “He did right in the eyes of the Lord.” Two very closely related statements with incredibly different outcomes which also highlight one of the character traits each of these leaders posses. Out of forty-two “takes” only six of the kings listed started and carried out their role as king with God in the picture. 1 and 2 kings only give us a glimpse into the lives of these men, one has to wonder about the differences in the culture and quality of life between the good kings and the evil kings.

One of the incredible characteristics of our God is that He is the same today as He was in the time of all these kings. Today, as leaders we serve the same God who looks at all we do, the vision we cast, the lives that we live and holds us to the same standard as these kings. Are we doing right in His eyes or are we doing evil in His eyes. What is at the heart of our vision? Are we keeping God at the centre of all we do? Are we giving God the glory for the work he is doing through the plans (vision) he has inspired in us. I hope and pray that what I am doing as a leader having been called by Him into His service is being seen as right in His eyes. I want this “take” on life and leadership to have an impact in His great Story. 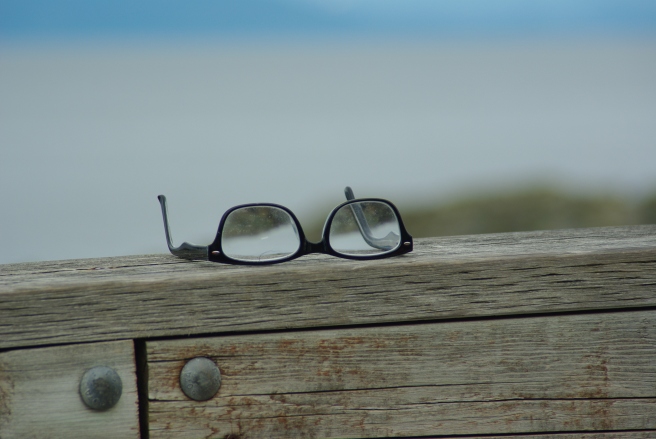 Do you wear glasses? Did you have to take your glasses off to read this text? It’s possible your spectacles are sitting precariously on the tip of your nose. Maybe your one of the lucky people who don’t need glasses, if that’s the case there is a good chance you under the age of forty. (Just wait, you could be joining the “four-eyed” club sooner than you think.) I am a year or two over the age of forty and never dreamed that the day would come when I would need glasses, yet as I write these words I am wearing my optical aids. Our vision changes, it’s a fact of life.

Good leaders have vision, I’m not talking about the 20/20 vision that your ophthalmologist tests for, but a vision that defines a direction that leads and guides a group or an organization into the future. I have never really considered the person of Saul in 1 Samuel to be a visionary leader. When we are introduced to him in chapter 9 he is described more for his “looks” than his leadership ability, “as handsome a young man as could be found anywhere in Israel, and he was a head taller than anyone else.” (9:2) It doesn’t stop there. In fact, when Samuel called out to have Saul come before the people to be named king, he runs and hides. “And the Lord said, yes, he has hidden himself among the supplies.” (10:22) So, we have what we can assume through the word is a good-looking guy who likes to hide behind stuff, this is not something we usually equate to a visionary leader or king.

1 Samuel introduces us to an ordinary guy that was chosen by God for a special reason and specific time. “God changed Saul’s heart”, I believe at this point God gave Saul the gift of leadership and discernment to live out the vision that Samuel lays out for Saul and the people of Israel. He tells the people to fear God, obey his commands and you will be “good”, if you do not obey, if you rebel “his hands will be against you… if you persist in doing evil, both you and your king will perish.” Saul, after 42 years of leadership begins to mislay the vision of following the Lord with his whole heart. The lines between true obedience of God’s commands and doing what he thinks is right become blurred, leading to what scripture describes as “the Spirit of the Lord” departing from Saul. Our lesson from this portion of scripture is clear: trust, listen and obey what God asks of us. Our vision, our direction as leaders in the church can only move forward when God is in the lead. God inspires vision, he calls ordinary people, gives them incredible gifts and changes lives so that we can be a part in advancing His kingdom here on earth. 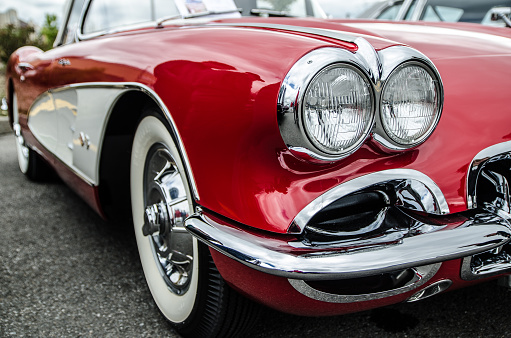 I am not much of a car guy when it comes to mechanics but I do appreciate seeing a classic car restored to its original condition. I know a few guys who have poured countless hours into the restoration of a car. Often they will have a picture of the original car hanging nearby for inspiration as they painstakingly remove and repair the rust and dents of the “old beater”. Restoring a car is not for everyone, you must have a ton of patience, an eye for detail, and a passion for cars if you want the job done right. Each dent, scratch, and driven mile has a story to tell, a story that has a beginning from factory floor to its newly restored beauty.

From beginning to end, the world we live in has a rich history and makes for an incredible story. It tells a tale that has yet to be completed and according to scripture has a hope and promise of a beautiful restoration. The book of Revelation gives us a glimpse into what John calls a new heaven and a new earth, he describes the Holy City, the new Jerusalem coming down from heaven. Before the fall of man, prior to sin entering this world, God was pleased with his creation, it was “very good”. I don’t have to describe what has happened since that time, but if you haven’t noticed things are a far cry from very good anymore. This new heaven and earth is described like this: “There will be no more death’ or mourning or crying or pain… It shone with the glory of God, and its brilliance was like that of a very precious jewel, like a jasper, clear as crystal…The foundations of the city walls were decorated with every kind of precious stone… The great street of the city was of gold, as pure as transparent glass.” WOW, can you imagine it?

John continues to write about the beauty of this anticipated restoration for those who believe and live in obedience to God’s will. Until then, we are called to be good stewards and care takers of this earth. God’s charge to Adam in the beginning was to “Be fruitful and increase in number; fill the earth and subdue it. Rule over the fish in the sea and the birds in the sky and over every living creature that moves on the ground.” That charge follows through to us today; we have been given a great responsibility until the time comes when Jesus comes back to begin his great restoration project.