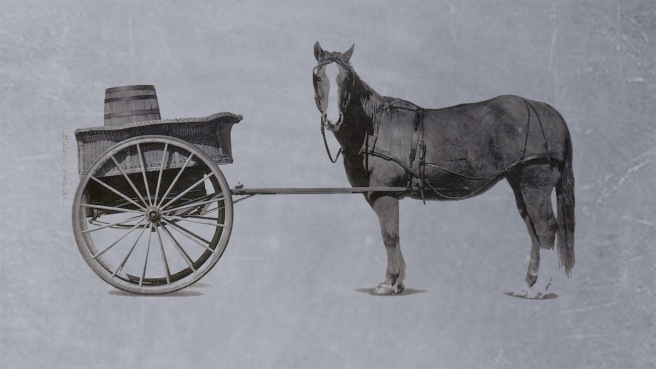 Have you ever put the “cart in front of the horse?” This phrase is commonly used when someone breaks the conventional rules of order and does something opposite to what we would consider a proper order. A classic example might look like this: We just past tax time and some of us are waiting for that big refund cheque to come in. Some will likely spend the money before it comes in only to find out that there was some “minor” adjustments made to the numbers and we fall a little short of affording our new found treasure. Well, we have put the “cart before the horse”.

Adonijah was is one of those people who put the cart before the horse in life. Here is what scriptures says: “Now Adonijah, whose mother was Haggith, put himself forward and said, “I will be King”. So he got chariots and horses ready, with fifty men ahead of him.” (1 Kings 1:5) Adonijah had a personal vision, one that he convinced a few others to follow and sets himself up as King. Adonijah was confident in his plan, he even went as far as throwing himself a party to celebrate the occasion. As David’s oldest surviving son, Adonijah may have had the right to become King one day, he may have even been looking to the best interests of his father and his people. As the narrative continues in 1 Kings we get a hint of the guilt and fear that surrounded Adonijah and his followers. Upon hearing the news of Solomon’s appointment as King “all Adonijah’s guests rose in alarm and dispersed. But Adonijah, in fear of Solomon, went and took hold of the horns of the altar.” (1:50) It is my opinion that Adonijah knew what he did was wrong and was seeking sanctuary or safety from the hand of Solomon.

There is no doubt in my mind that Adonijah put the cart before the horse in this account.He did what any visionary leader would do, he gathered people around him that would support his vision, only his vision was self-serving and had a very narrow focus. Leading and casting vision in the church today cannot be self-serving or narrowly focused. Our vision has to be Gospel-Centered, focused on sharing the good news of Jesus Christ. Our job as visionary leaders is to live out the command of the great commission found in Matthew 28:19 “Therefore go and make disciples of all nations, baptizing them in the name of the Father and of the Son and of the Holy Spirit.” Let’s not put our own plans before that of God’s plan, there is great wisdom in seeking God’s leading and guiding as we plan and cast a vision that ultimately leads people to Him.

One thought on “Putting the Cart Before the Horse”